Click here for that full report, as you won’t in fact see it in the supplement; this is because, late this week, the JEP decided to run a news story about  the report instead.

One line, paraphrased by the reporter, gave rise to an error in understanding the question of responsibility for the extended pollution from the Horizon site, which we do not believe lies with SoJDC, nor exclusively with the contractors.

We suggested that the investigation should have been impartial and also looked into errors made by the Environment Department, asking why they allowed the pollution to continue for many weeks?
SOSJ also questioned the Department’s interpretation of the Water Discharge Permit.
Instead, the Department employed an investigator who may have felt uncomfortable questioning his employers, and focused on the contractors. Hence we see the need for an impartial Environmental Regulator.
Following the decision of the Court to fine the contractors, we requested a copy of the investigator’s report but our request was denied.  An FOI request produced the following response:

“The information you have requested is exempt under Article 24 (Court Information) of the Freedom of Information (Jersey) Law 2011 because the report was filed with the court as part of the legal proceedings.”

Perhaps the Environment Minister, who said last spring that he couldn’t say anything at the time due to the investigation, could now issue some answers to the many questions that this pollution event and others have raised over the past decade and that are all centred on the building of high value States’ capital projects on reclaimed land? 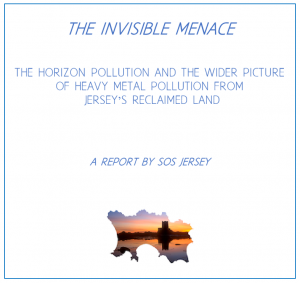