Thanks to a tip-off from a helpful member of the public, we were able to get down to La Haule in St Aubin’s to watch the furrowing commencing. Here’s what we saw, and why, and our thoughts on it.

For more background on how we got here, read this, and for our latest (simple and short) report, click here. 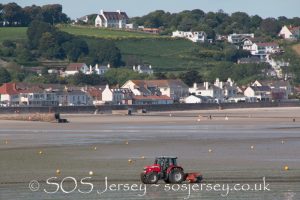 Thanks to a member of the public calling us, we was able to get down to St A’s to get pics (see below). The cafe site at La Haule was being cleared of sea lettuce in the traditional, not-very-effective-sticking-plaster approach; at the same time, the furrowing trials were beginning with two furrows.

It would have been nice to have been asked down, especially as a member of the Société Jersiaise was in attendence, but despite that, Willie Peggie (Chief Executive and Director of the Environment) came over to talk.

SOSJ: ‘Why did you not do this earlier?’

WP: ‘We tried, but the plough couldn’t cope, so we had to find one that could dig deep enough.’

Fair enough, but why did they not try a bit of ploughing in the autumn?

Before SOSJ could ask, ‘Why are you doing it here and not over there?’ Willie Peggie said, ‘We are trying it here first to test the integrity of the sand.’

Fair enough… but why not earlier?

We know the sand changes from west to east of that bay, but hopefully not so much is makes a difference.

However, now they have started, they seem to be doing it as well as possible: there is quite a team down there, and setting up time-lapse cameras. They are trying to do what expert Tony Legg has said to do.

While on one hand SOSJ is appalled by lot of things that (don’t) go on, and annoyed by the sheer rudeness shown to us at times, we do not wish to make this a personal or group battle. SOSJ would much rather we (SOSJ, DoI, Environment and other groups) worked together to secure a huge reduction in sea lettuce; this goes beyond personalities and there needs to be much more discussion and cohesion between departments (and not their current silo approach) and other bodies.

We hope to see the sea lettuce situation improving very soon, but we are not holding our breath. 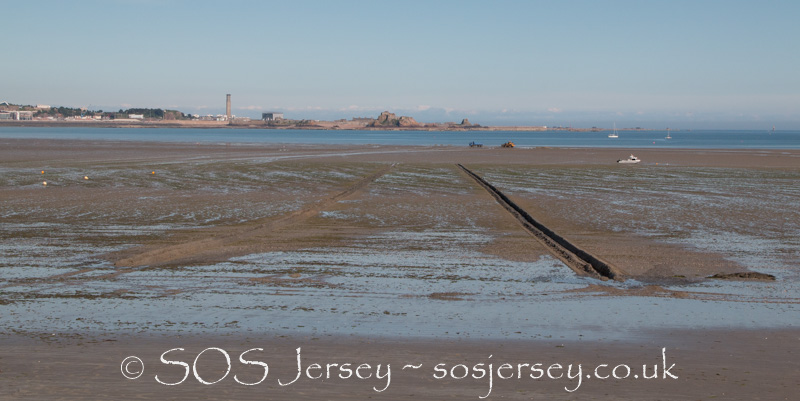 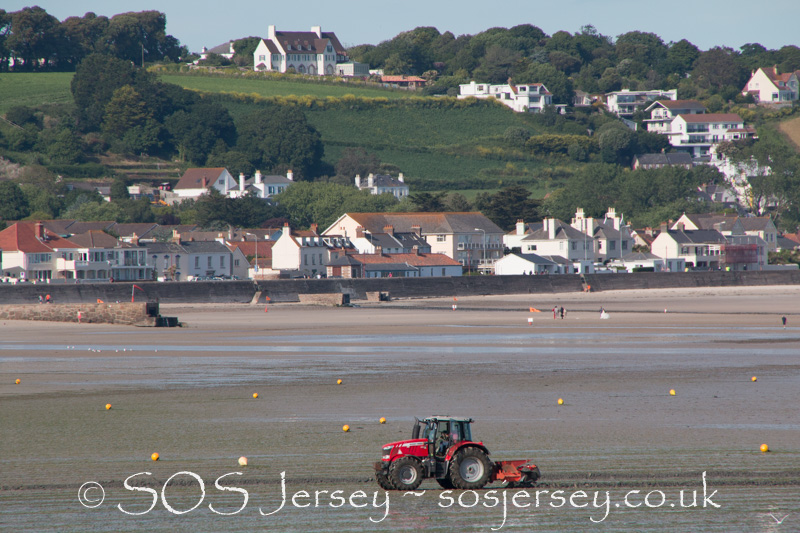 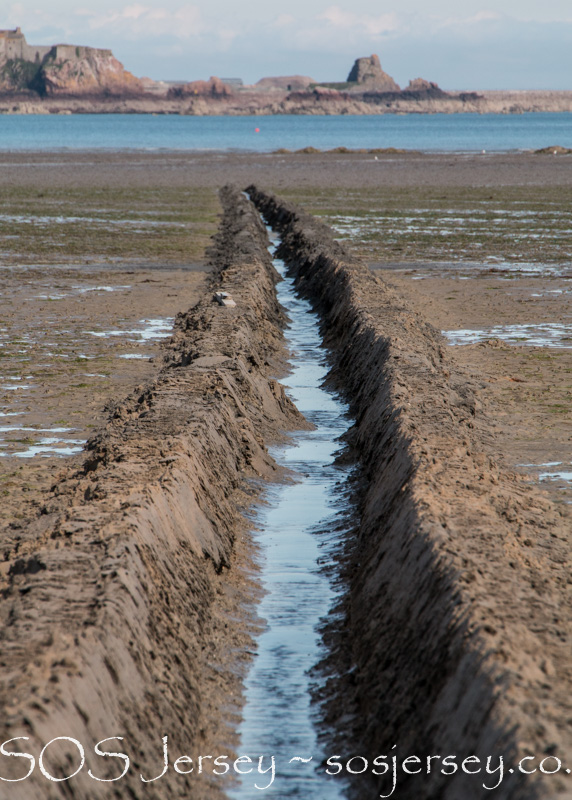 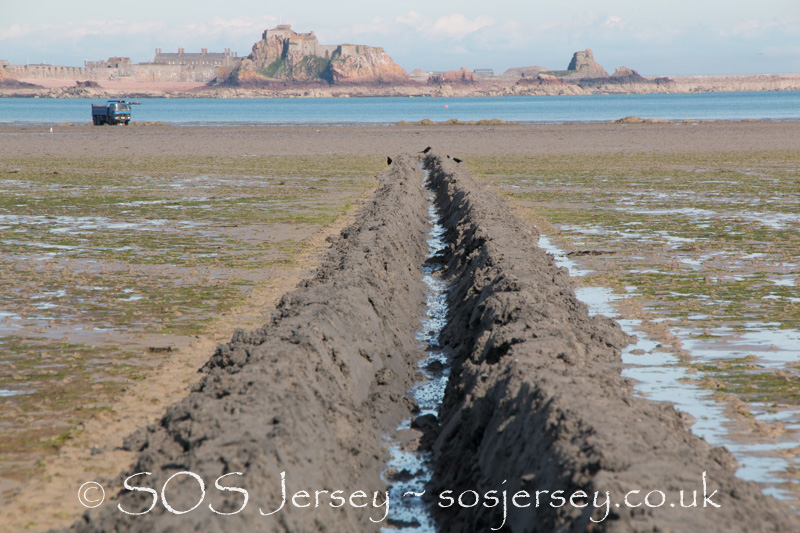 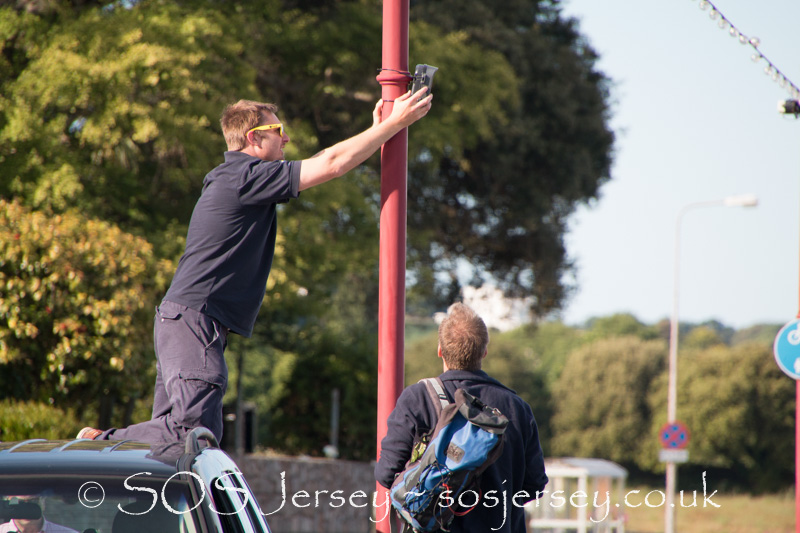 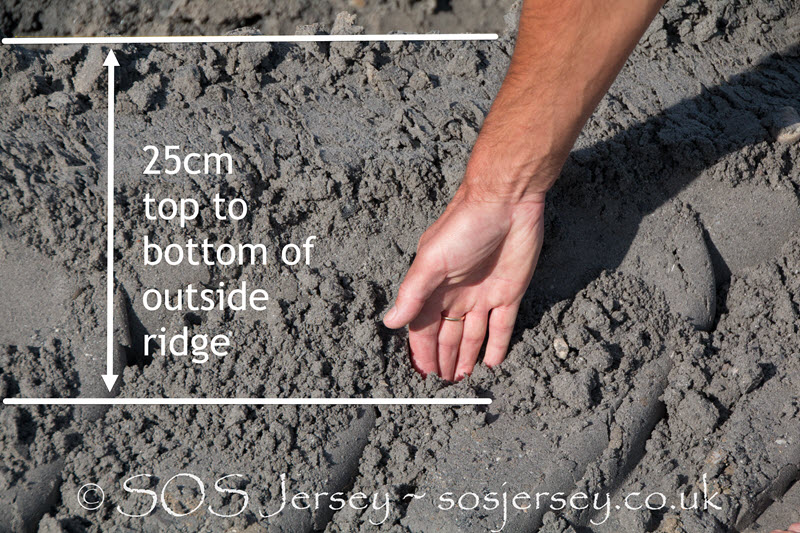