If you saw our environmental scientist Jacqui Carrel on the news earlier saying we think on the face of it hotelier Steve Beddoe’s plans for developing the area alongside the Avenue at West Mount are good, she did say that. What wasn’t shown were other comments made, so here they are.

Here’s what it was about: http://www.itv.com/news/channel/2017-02-28/plans-for-tunnel-over-jerseys-victoria-avenue/, and you can see pictures of the proposals on CTV’s page.

As we said, on the face of it, it seems like a lovely idea for what is an under-used area, especially as West Mount itself has some new paths cut through it, making some lovely walkways.

The artist’s impressions, however, don’t show what happens in the tunnel and on top during high tides and high winds, nor the implications with high vehicles. We haven’t yet had sight of data on the ground beneath, nor a map of how far sea water penetrates under the wall.

We don’t know yet how much protection/lining there would need to be in an underground car park, how much pumping would be needed, and the effects on the adjacent hillside.

We wonder how much disruption there would be in terms of traffic flow while this is being developed? What also needs to be thought about is the delays that may well start occurring because of the changes to the layout on Green Street and the IFC’s appalling departure from the original plans for the Esplanade area.

We would like there to be a full environmental Impact Assessment (EIA), and one that is stuck to. So often in Jersey, corners have been cut with some bad environmental repercussions.

Of course, we realise not all comments can be televised (speaking for many minutes only yields a few seconds’ soundbites for programmes), but Jacqui had also made comments about the International Finance Centre (with regard to EIAs, submitted plans not being stuck to, etc) and the sea lettuce problem: pointless having this new resource if the area is still blighted.

All that said, it’s good to see someone coming up with an idea that could benefit the Island – and certainly it would make for a much more attractive approach into St Helier than we get coming in from the sea or east. 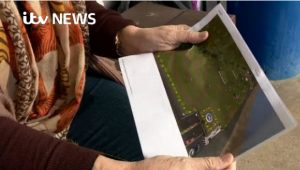 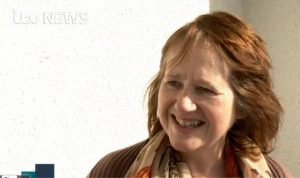 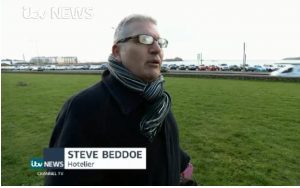 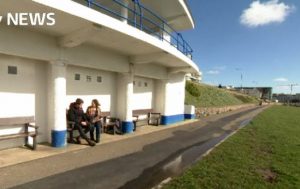